Need help or have a question?

Core samples are collected on land and at sea by the hydrocarbon, mining and construction industries, as well as by the military. For academia they are now an essential part of climatic research. The cores come as exposed hard rock samples or as soft sediment encased in plastic sleeves. Correctly analysed, they yield crucial information about the properties of rock or sedimentary strata. The hydrocarbon industry, for example, needs accurate data on the porosity, grain size, and correlation parameters of surrounding geology, whereas the construction industry and the military may be interested in geotechnical properties such as P-wave velocities, density and water content. 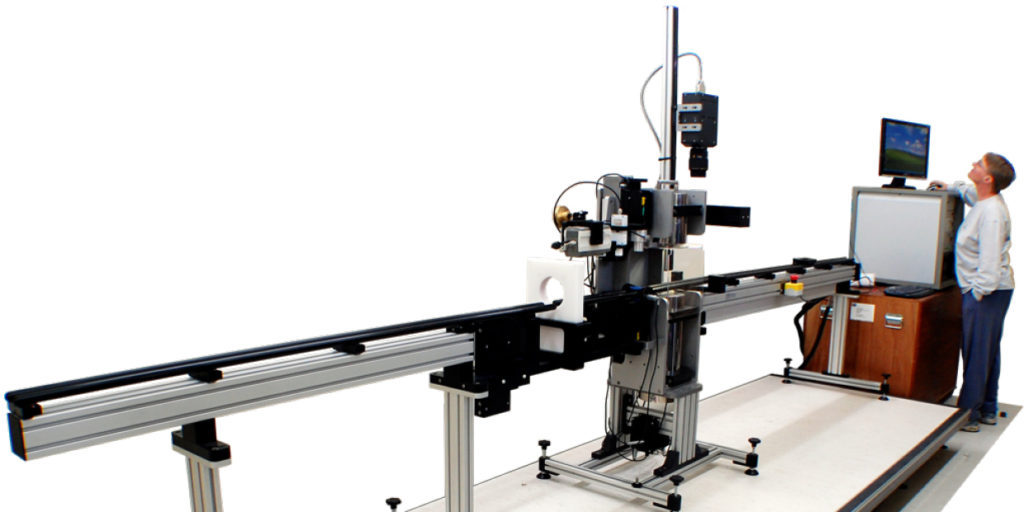 The Problem of Analysis

The problem facing all these potential users is how to make their core samples yield the widest possible range of information in a consistent, accurate and cost-effective manner.

Geotek’s MSCL is the only commercially available tool for gathering all these data in an automated and quality-controlled way. The range of parameters that can be measured includes P-wave velocity, gamma density, magnetic susceptibility, electrical resistivity, colour linescan imaging, X-ray fluorescence, colour spectrophotometry, and natural gamma spectrometry. Typically, the MSCL can log material at a rates of 12 metres per hour and at sampling intervals of down to 1 mm. Its flexibility is such that it can analyse either whole or split (D-section) cores between 50 and 150mm in diameter cut into sections up to 1.5 m long, while clients’ own sensors can be added to the system as required. Moreover, the MSCL comes in a variety of rugged configurations for work in the field, at sea, or in the laboratory.

Each core section is pushed past the sensors, which scan the core as it passes. The active pushing element is connected to a ball screw, driven by a stepper motor which can position a core to an accuracy of better than 0.5mm. The computer controlling the stepper motor also controls the sensors, so that all the data are automatically correlated. The computer also measures the length of each core section and can automatically subtract the thickness of the end caps. This allows the sections to follow sequentially, producing an unbroken stream of data. Such a system not only saves time, but by ensuring that the core sections butt up against each other, the data are not corrupted by the air gaps which normally spoil measurements such as those for magnetic susceptibility.  Continuous core logging means exactly what it says: a continuous, automated and uninterrupted process.

Recently, Geotek has been supplying more MSCL systems to users with unlined rock cores. To overcome the problems of fractured core, fibreglass boats are used to carry core through the sensors. An extra motor is supplied so the P-wave transducers move against the core to take a measurement and out again as the core moves past the sensors. A third motor is used to move the split core sensor arm, if fitted.

Geotek has also made moving sensor/stationary core systems for specialist applications in the oil industry. Equally, vertical tracking systems (MSCL-V) have been built for samples that must be held upright. Systems that accept multiple sections at once (MSCL-XYZ) can also be produced for certain sensor configurations. 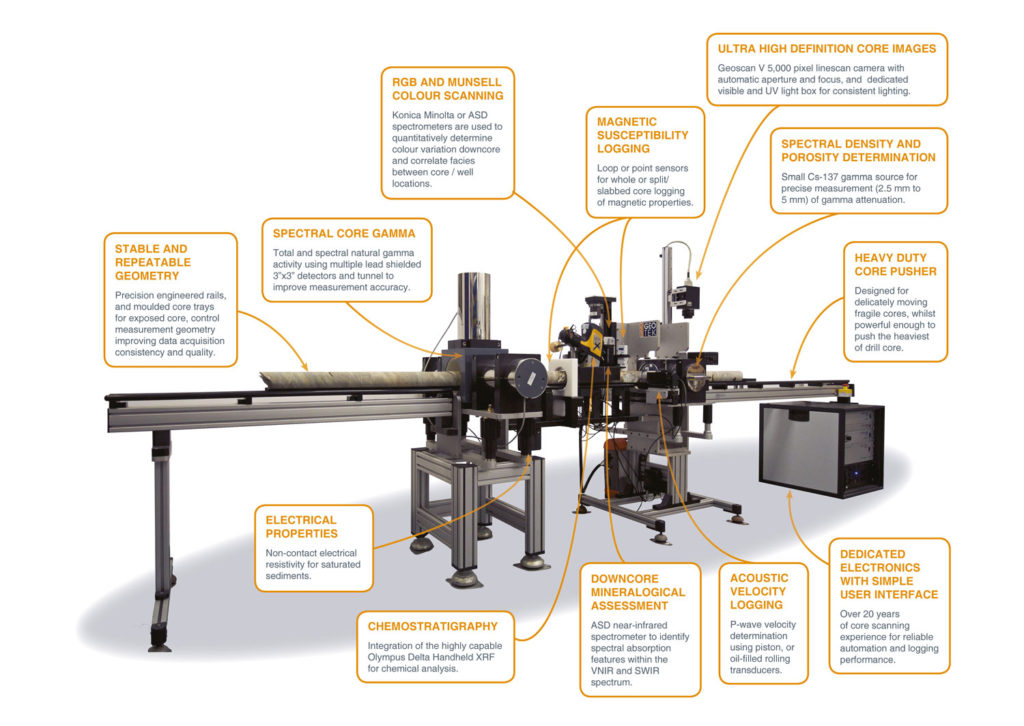